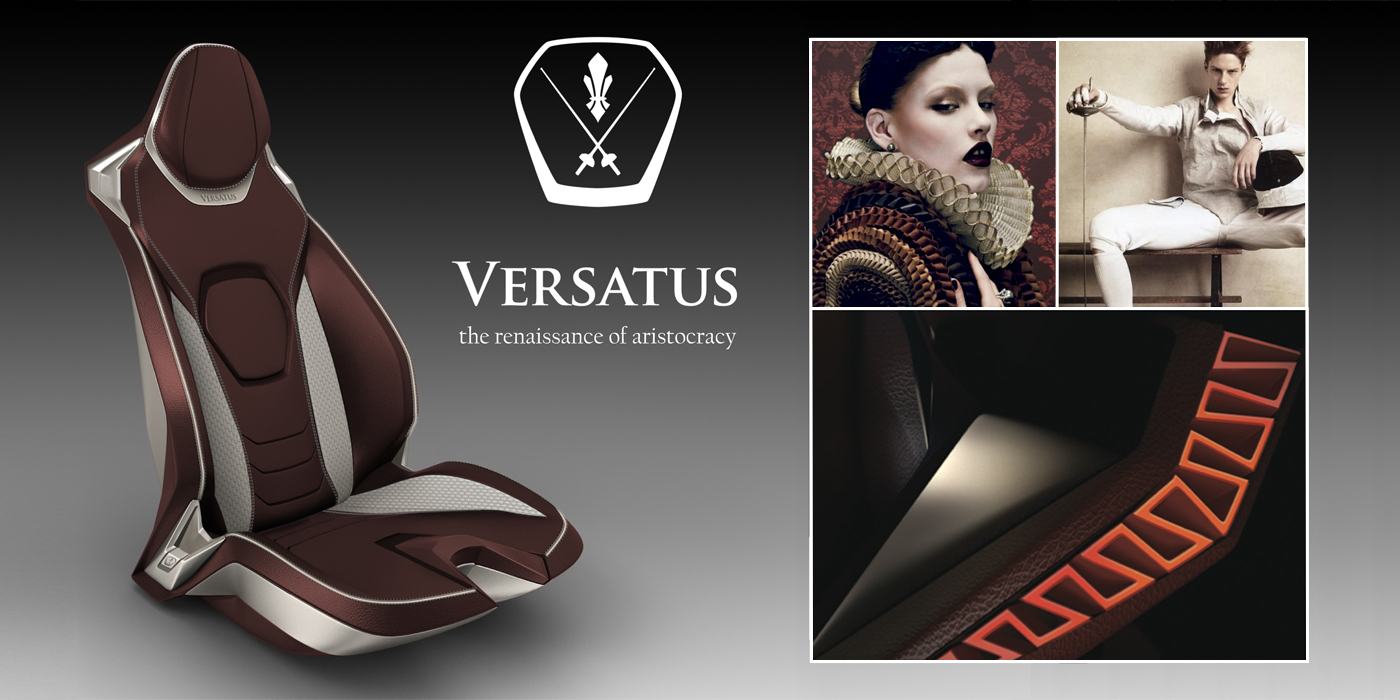 Versatus is a visionary concept of a car seat. Today, the consumer is more and more influenced and affected by globalization, the internet of things and the digital media. Our life is extremely fast, we are always available and “online”. At the same time, the desire for finding your roots, slowing down and being “offline” is growing bigger every day.

Versatus is expressing this conflict and unites the dispute in a poetic design concept, which is an homage to the aristocracy. We dedicated the concept to the emerging middle class, who are the reflection of the aristocrats of the 16th century, because they have very similar desires and roles in our society. Versatus is most of all an emotional design study, where poetry, history and future technologies are united and expressed through design.

With our flexible and interdisciplinary designteam we can offer you the complete realisation of projects from the very first ideation sketch, to 3D CAD modelling phase, graphic design material and the first functional prototype.